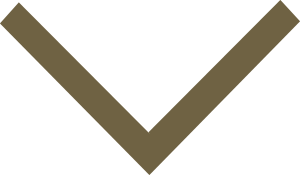 The South, imposing and unique, is ripping the horizon from Melgaço the Peneda-Geres National Park. Only National Park in Portugal and consecrated by UNESCO World Biosphere Reserve. Peneda-Geres National Park covers a total of 70,290 hectares and includes the districts of Braga, Viana do Castelo and Vila Real, is a true sanctuary of nature that you do not want to miss.
Its prodigious scenic beauty and its high ecological value make this park an authentic reserve of natural heritage, where you can also discover authenticity of the beginnings of human history. Megalithic monuments to the Roman domains remains coexist in these hectares and with the wise hand of nature, only unique attractions which you'll want to find out. Set off to its discovery! The Roman via linking Bracara Augusta the Astorga, bridges full of legends and mysteries, the picturesque villages that dot the landscape, water lines involving the senses, an incalculable wealthy flora and fauna, walking routes are just some of delights of a territory where it remains true to itself and everyone who visit it.

Melgaço is one of five municipalities covered by PNPG along with Ponte da Barca, Montalegre, Ponte da Barca and Terras de Bouro, having been the first to have a support structure for the visitor park, called Port de Mouro Lamas.

Covering the parish of Castro Laboreiro and Lamas de Mouro, the door is dedicated to the reception, recreational and information of PNPG visitors in Melgaço that extends over an area of about 10 hectares.

Under the maxim of "Territory planning", Lamas de Mouro Door consists of three buildings constructed - the space of reception and information, which in addition to an exhibition area features an auditorium, a thematic workshop, equipped with a model 3D interpretation of the territory, toilets and a support bar in the entertainment area, also featuring several outdoor spaces.

Throughout the year Lamas de Mouro Door develops a series of activities such as environmental education program directed to public school, host and steering groups for activities related to hiking, property visits and observation of nature, still guiding tourists in terms of accommodation, local cuisine and culture.

April, May, June and September closes at 6 pm and in July and August at 7pm

Note: The Thematic Workshop is closed on Monday

Right in the natural heart of the county, in the Peneda-Geres Natural Park and on a hill that gives it its name, the Castro Laboreiro village, 25km from the center Melgaço, it is one of the most picturesque villages of the Route of the Villages of Portugal.

Of their origin, which seems to go back to the first fixation of the Celtic peoples, remains a unique beauty that comes from the harmonious coexistence of the valleys, extensive plateaus and rugged mountains. Lapped by crystal clear waters of the Rio Laboreiro, it is a very peculiar and full of microclimates region that give it unique features.

Apart from Vila town, more central place, Castro Laboreiro has more than 40 places distributed by mild - the plateau, northwest of the village - and the winters scattered along the two banks of the River Castro Laboreiro.

The thoroughness of the seasons, takes the population of the mountain, at the time of the seventeenth century (according to some records), to build two houses that ensured the cattle herding and allowed human survival in extreme weather: the Brandas for the summer, and Inverneiras, for the winter.

The winters are located in valleys, i.e., at low altitudes, where it is easier to stand in the cold winter. In early Autumn, people go down to Inverneira remaining there until March. At that time, rise to the Branda where they do the planting and where they spend most of the year.

Nowadays, few villages in which maintain the traditional people only take the animals and some assets, unlike the past, when people took up the furniture.

The Brandas and Inverneiras are undoubtedly an important element of the culture of the population of this territory.

This village of Portugal holds an invaluable heritage that is worth knowing. Start off by land Laboreiro and be enchanted by the magic of its Historic Centre  at its Castle , the Igreja Matriz by Aqueduct, by many Roman and medieval bridges, many rich archaeological monuments, which highlight the Mamoas, the Rupestrian Engravings, the Fieiral and the Megalithic Necropolis Plateau de Castro Laboreiro.

And if perchance, feel, while you are walking the sidewalks and streets full of history, the aroma of freshly baked bread, discover the Community Oven of Ameijoeira, still in use, which will certainly be a traditional bread just baked.

Enjoy and discover the wisdom that persists in the traditions and the origins, giving life to a village that alone resists time and the will of the times.

Located at the entrance of the Peneda-Geres Natural Park, the Branda da Aveleira, in the parish of Gave, is a typical character of the village of mirror a time when the rigor of the seasons forced its people to have two homes - the mild to summers and winters for inverneira. If the cold harsh station the mountain ridges were uninhabitable and forbidden to pasture, forcing the shepherds to the lowlands - winters - in summer the population was heading to fresh pastures, occupying the summer residences in the mountain, the called Brandas, which Branda da Aveleira is a peculiar example.

Currently recovered largely for tourism here can enjoy the rustic buildings and original design of these times and take advantage of a diverse landscape breath-taking.

Dare to walk the path of megalithic village, and immerse yourself in this unique environment recuperating then forces with a loaf of traditional cornbread and one of the many delicacies from the smokehouse. A real trip to the highland cultures which you do not want to miss!